Tromblowin' is a day event in Harrisonburg Virginia at James Madison University (JMU) on January 28, 2023. There are several lectures/demonstrations including Doug Elliott. You get to play in a mass trombone choir for a couple of tunes, and the event is headlined by none other than Marshall Gilkes!

The last Tromblowin' event I went to was pre-covid and featured Carol Jarvis. She put on a great show at the end of the day. I'm sure Marshall Gilkes will be just as good.

These events are put on by Mr. Jefferson's Bones, a trombone ensemble from Charlottesville, VA (UVA). Mr. Jeffersons Bones are likely to back up Gilkes for a couple tunes anyway, so you get to see all of that.

At the very least, the concert 7-9pm is free and open to the public. JMU Forbes Center Concert Hall. See you there. 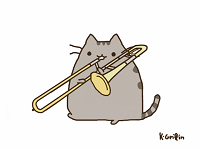 I have it on my calendar, weather permitting.

One of my favorites was Christopher Bill and the mass choir playing his arrangement of 'Shenandoah.' (2018)
Top