I am thinking about putting on a recital where I play songs about the latinx culture.

If you have any information on some pieces particularly pieces that can be transcribed for bass trombone by spanish composers or even about spain such as bass lines by david fetter, let me know! 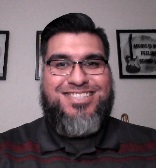 Spain, and people from Spain are not included in the "Latinx" umbrella merely because they speak Spanish. It is inclusive of people from, or that have ancestral ties to Mexico, Central America, and South America - Latin America

People from countries who speak Spanish can be referred to as Hispanic, which is more based on language spoken, as opposed to geographic location. Brazilians could be considered "Latinx" or Latino/a but not Hispanic since they speak Portuguese.

And there is always the case that some people of Latin American descent, and of Spanish descent might not identify with all or any of the terms.

This is just my understanding based on what I remember off the top of my head...if I'm wrong, anyone can correct me.

I agree with what euphobone has said. There is a big distinction between music from Spain and music from Mexico, Central and South America. For the record, I think it's great that you're looking into performing music written by Hispanic and Latin composers.

That being said, one piece to look into is Encuentros by Columbian composer and pianist Carolina Calvache. It is a beautiful melodic piece, and was written for Columbian bass trombonist Sebastian Cifuentes. I was lucky to play this piece for a recital and it is one of my favorites! She has written other pieces like Trombonsillo that is a beautiful tenor trombone piece and has been recorded by Achilles Liarmakapoulos of the Canadian Brass.
Top

I apologize for my ignorance. I wanted to highlight music from more than just Spain but wasn’t quite sure how to word what specific music I was looking for. But Hispanic would have been a better word to use. Thank you for your help!
Top

Villa-Lobos Bachianas Brasilieras No 5 (for soprano and 8 cellos) transcribes well for trombones. The soprano is really optional. Choros No 4 is for 3 horns and trombone.
Top

Dennis wrote: ↑
Thu Jan 07, 2021 10:53 am
Villa-Lobos Bachianas Brasilieras No 5 (for soprano and 8 cellos) transcribes well for trombones. The soprano is really optional. Choros No 4 is for 3 horns and trombone.

The Lowell Philharmonic Orchestra did a Brachianas Brasilieros arranged for trombone and orchestra. Chat Member Macbone was the soloist. I don't remember which one it was -- maybe he does.
Bruce Guttman
Merrimack Valley Philharmonic Orchestra
"Almost Professional"
Top
Post Reply
7 posts • Page 1 of 1