When people talk about good student horns, I see Yamahas, Kings, Conns, and Olds a lot, but never the Getzens. Their site insinuates they are/were made in Elkhorn, so not a stencil. There is a 400 series for sale across town I can probably get for $100 or less, and I'm trying to decide if it is worth picking up. With COVID, I am not comfortable with going to somebody's house and blowing on it, so I would be buying it cold. Are these horns on the same plane as the more known student horns?
I'm not a complete idiot, some parts are still missing!

I chose a Getzen over a bunch of King and Conn student horns. I was concerned about the smoothness of the slide and sound. My Getzen has a nickel slide which is a little more resistant to denting than a brass slide so that was also a plus. Unfortunately, I've lost that horn to a granddaughter who decided to jump on it while learning baritone in school. She sounds good on the horn and now she's eyeing my Courtois.

For the price mentioned I don't think you'd go wrong and could probably resell it if you didn't like it.

From the perspective of an instrument repairman, I was always impressed with the design and quality of build of their offerings.
Top

They are great. The bell sections are built with the standard width of pro horns instead of the more typically narrow style that is seen in Kings, Conns, and Yamahas. The slides also mate up with small bore Conns. I was using a 451 slide on a 6h and 48H bell for awhile since I liked it better than the 6h slide that I had.
Top

My Getzen is built very well. I have no idea what model it is, there are no markings. It came in a case with a slide section and a valve section so you can play it either way.

Two things I don't like: it has an Amado water valve, and instead of a rubber bumper it has a thick metal brace added to the bottom of the slide crook. But it plays well.
Top

I had a "pre fire" student Getzen and it was HORRIBLE. If it has bent hex stock for the bracing, avoid.

I understand the last 20 years have been good horns. I just am still recovering from the bad experience of my horn in the 1960s.
Bruce Guttman
Merrimack Valley Philharmonic Orchestra
"Almost Professional"
Top

I recall comparing the Yamaha 354 and Getzen 351 student horns side-by-side and being very impressed by the level of finish on the Getzen. It seemed like a higher quality and better built horn. But that was several years ago.
Top

I have a Getzen 451 that I love. It's actually more open than my 3BF despite the smaller bore. (A quick swab with a cleaning rod and cheesecloth verifies the 451 has a more open leadpipe than the 3B.) It feels versatile and is just fun to play.
Kevin R.
Top

I have a Getzen 351S and a Yamaha 354 in my horn collection.
I like the Getzen much more. I don't understand people who like the Yamaha 354.

There is no hex stock on mine. The braces are round and the ferrules solid and nicely grooved. It's built like a tank.

There is no model or serial number anywhere on the bell or slide. The valve section is marked KN1377 on the valve cluster.

The seller (from the forum here, but I no longer recall who) thought it was a .500 bore. I put calipers on it today and got .480. That may be low as my inside calipers has a thick jaw, but it must be smaller than .500.
Top 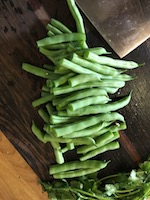 Working at a music store with a fairly substantial rental fleet, I’ve compared most of the horns we have.. the couple recent Getzen 400’s that we have are excellent. Really well made, flexible sound but still easy slotting. That being said, I would still pick a Yamaha 354 over one. Playing-wise, the Yamaha 200AD’s ranked pretty low for me, down there with the Bach preludes and Bundy’s (but half as sturdy as a Bundy).

I don't have much experience with their new student horns, but I heard they were way better after the fire. My college director, who used to work at Getzen, also said manufacture improved after Holton moved out of Elkhorn, which drove former Holton employees to Getzen.

Now, pre-fire, I have a valve trombone, probably from the same series their student horns were sold from back then. "Elkhorn by Getzen" isn't the worst brand in the world, but it's bad considering you could get a Conn Director or a 354 for just a smidge more, and it plays three times as well. No idea about the 300 or 400 series. If the valve trombone, for being a valve trombone, is any indicator of how crappy Getzen's early student line up is, you could do worse but you can do WAY better.
I have three brain cells. Two are bickering over who ate one's lunch out of the fridge at work.
Top

When I worked at a retail store's repair shop, they would have a few hundred of the Getzen 451 trombones in their rental fleet come through for repairs every year. For the price, I thought they were decent players. However, from a tech standpoint, I didn't care for them much. The metal in the gold brass bells was exceptionally soft and gooey. If the bells got a sharp dent, the metal would stretch. It was always tough to get the severely-dented bells back to original shape.

If you are buying a used Getzen 451, my advice is to look the horn over well. If the horn is in decent shape and you like the way it plays, go ahead and buy it.....but protect it from harm. If the horn has trauma in the bell section, don't expect a technician to make it look like "brand-new" again.
Brian D. Hinkley - Player, Teacher, Technician and Trombone Enthusiast
Top

When was this fire that has been mentioned a few times?
I'm not a complete idiot, some parts are still missing!

1963, like the other person posted.
It is worth noting, any Getzen lacking a prefix before its serial number was made pre-fire. They put prefixes starting after the fire because they had to restart the numbering system.
I have three brain cells. Two are bickering over who ate one's lunch out of the fridge at work.
Top

I started playing again and needed a "decent" horn. Found a beautiful Getzen 451 and loved it.
Onward and Upward
Top

Thanks to everybody who responded. I'll grab the Getzen if I can get my bandmate who bought my King 606 at the last band rehearsal before COVID hit to pay me for it!
I'm not a complete idiot, some parts are still missing!

Picking up the Getzen Thursday evening. The seller says it has a smooth slide, but has been sitting for ten years. Will let you know what I have after I get it home and give it a good clean and lube.
I'm not a complete idiot, some parts are still missing! 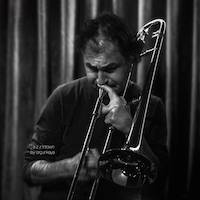 I hear and read very good responses about the 451. But how does the slide feel? Does the slide rather heavy as on much student horns or more lighter, comfortable and quicker than in its student class horns say for example than the Yamaha 354?

Also, I 've heard that 451 is discontinued. Is that true? Than the only chance to have a 351. Is it as good and liked as the 451?
Ali Emre Kayhan
TRT Big Band
Rath R10
Doug Elliot STG99CC2
Sshhmute artist
Top

Just got it home. The seller is moving, has had it for sale for weeks with no nibbles. I knew going in there was no case, no MP, just the horn and a cleaning rod. When I got there he saw my trombone t-shirt and asked if I played. I said yes, a we talked a bit, and he said give me $20 and take it! Of course, I accepted. I offered more, but he refused. I can't believe how nice the condition is, especially since I was told it was used in marching band. A few scratches, a place in the bell that looks like it was dented and pushed back out by an amateur, minor dent in the slide crook, lube caked on the inner slide tubes. Tuning slide moves well. Gave it a quick flush and cleaning, threw some Yamasnot on it, and gave it a quick toot. Not bad at all! No snags or slow spots on the slide, no wear on the slide stockings. The slide does seem a bit heavy, but I haven't played in a while. The kitchen scale says my 3B outer slide is 7.94, my 2B is 8.02 ounces, and the Getzen is 8.22 ounces. That the Getzen is heavier is expected, but that the 2B slide weighs more than the 3B slide is a head scratcher...

Later I'll do some A-B playing against my 2B and 3B and let you know how it goes. I may keep it as a backup beater, or wait until school bands start up again and sell it to a student. We'll see...
I'm not a complete idiot, some parts are still missing! 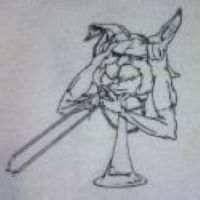 Getzen's website does show the 451 and a few other models discontinued. That only increases my interest in the 451 since now they may become harder to find!

Michael Saffier
just a guy with a mild trombone habit; I can quit anytime I want...
Top

I just did an A-B-C comparison with my 2B and 3B-F. I like the Getzen - a lot. Look for a new post about it.
I'm not a complete idiot, some parts are still missing!

Oh-oh. Will you be changing your Username?

Oh-oh. Will you be changing your Username?

KingGetzenfan? Sounds like a sneeze or a German word for a guy who can't make up his mind...

I'm not a complete idiot, some parts are still missing!