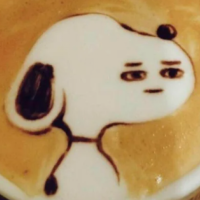 Hey, all.
This summer I put together a Shires large tenor by purchasing the parts used. It was a lot of fun, and the excitement of getting the parts sent to me was great, and I ended up with a MUCH better horn (for me) than what I was playing on. For context, I was on a Conn 88HCL with a 47-62 slide. It played great, but I wanted something new - I was looking for something that was more focused, had more firm slotting and attacks, while still having a warm rich sound. I REALLY wanted to not go too far on the smaller side, as I wanted something free blowing, with not much resistance; Conn was too free, and I needed something 'smaller' but still dark. I settled on a 7GM bell, standard Q rotor, (all that was available used at the time) standard Q tuning slide, and a TW47 slide. I guessed that the slide, rotor, and TS - all yellow - would yield a nice crispness that I craved out of my Conn, while the gold bell would maintain a level of warmth that I didn't want to give up.

I really loved getting the horn, and playing on it was fun, but it played just.. weird. There was more 'resistance' (a vague term, I know) than I was hoping there would be, and my mouthpiece at the time just really didn't sit right for me. I was on an Elliott XT 103, G, G9. The mouthpiece was PERFECT for my Conn, but didn't work at all on the new horn. I thought I made a massive mistake, and the worst part, I used up all my money. So I spent a month trying out different leadpipes (purchasing used leadpipes) thinking it would solve the problem, and I eventually settled on a 2.5 leadpipe - 3 was too large and led to a sort of bottleneck feeling (though it could pop out low notes) and it was so difficult to play - an air hog. So with the 2.5 in there, the horn was actually really great - I just didn't have the right mouthpiece for it. I spent some time mucking about buying cheap used Schilkes just to test things out. Being an Elliott user however, I knew that I definitively needed a 1.03" rim. What I had on hand was: Schilke 51D, 51C4, 52, (with a weird mod to the rim that made it a heavy paperweight) and a beat up 53. I had trouble practicing at all for a while - the DE was sooo out of place on the horn, but the second best thing was the 53, which only barely worked. Long story short, I got a Greg Black piece that worked perfectly and all is well.

I still want to tweak something about the setup though. I find it difficult to make long phrases on the horn, and I think maybe changing the TS or bell would be a subtle enough change to not push it too far, but also make it more efficient. I was thinking of trying out different tuning slides or maybe a different bell - of the many possibilities. Maybe not changing any diameters and trying a LW bell, thinned bell, or a different material would do the trick Or a different tuning slide, like the TX, or a seamed TY? Or maybe changing anything will set the horn off axis send me down another rabbit hole trying parts and generally annoying trombonists over the phone. I may be overthinking it (I am). I just can't help but see all of the possible combinations and think of the subtle changes that could result in swapping one part that would make the horn even better for me. I don't know, I just like messing with stuff.

I would love to hear any thoughts, but really I already know the answer is that I should just practice more.

Also sorry for the wall of text. I joined the forum not long ago mainly for the classifieds but have been checking it almost every day because.. I don't have many people to talk trombone with, and as sweet as she is for listening to me go on about trombone stuff, my girlfriend can only take so much.
Thanks for reading, fellow slide movers.
Last edited by Nerby on Wed Aug 19, 2020 10:17 am, edited 1 time in total.
Top 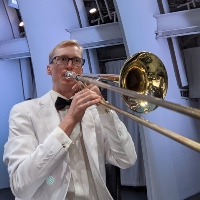 Did you try different DE shanks? It may just need a G8.
Top

Almost every time I see someone buy a new horn, they end up changing mouthpieces. Also you went from a giant horn to something more mainstream. There is going to be some adjustment. Good luck!
Top

I was in the pipeline for testing out a G8 and a G10, and I know the G9 isn't more open per se, more like a more gradual/longer backbore if I am not mistaken, which works well with dual bores. I haven't been able to find much online about his shanks, just that he says the G9 is good for dual bore horns, which is why he set me up with that when I was on my Conn. I knew I wanted a more open feel (of the throat/backbore) and I am not sure how to get that on an XT piece - as I believe it, the throat is a part of the cup, so I would've needed a different cup? Cup and shank? Not sure. I also looked into the SYM series, but again, couldn't find a whole lot of information on throat/backbore. I did contact him to talk about the horn and my thoughts on the shank and potentially try out something different - in the end though, I figured It's probably easier to just go meet with Greg considering how close his shop is. Well either way, I am really enjoying the GB, and am curious what Shires components might do to the horn's play ability. Has anyone switched between TY and TX or a seamed tuning slide who could give insight? Would also like to know what sort of significance changing the material might have.
Top

I don't want to put words into Doug's mouth in regards to the specs of his mouthpieces but he keeps things pretty vague for a reason. With Doug's pieces it almost helps to not get too into the specs and just to play what he recommends. I've yet to be put in the wrong direction by Doug!

In my experience his 9 shank plays pretty awful in single bore horns. His 8 shank will very likely be a night and day improvement.

I didn't realize Doug now has a 10 shank for tenor! At least on bass I found his 10 shank to work well on both single and dual bore unlike the 8 and 9 which work best on their respective bores. I still always come back to the 8 shank.

If my memory is correct, the 7 bells in Shires are a two piece bell that is suppose to be like a one piece bell. They came out when Shires only made 2 piece bells. Maybe a 5 numbered bell which is a true one piece will help with what you are looking for?

I know a friend and I have been having long discussions about how we love Red, Gold, and Bronze bells for the colors we can get from them and the complexity of the sound, but how they tend to require more energy to get a great sound from. That being the case a Yellow bell may also help you out with the phrases.

I also had long discussions in undergrad with a fellow trombonist that claimed the bell made the most difference, but I never really felt the same he did. I found the end crook really made huge differences for me, but he still holds to his bell idea.
Top

You say you put this together this summer. It's still this summer; you haven't had it for that long. Give yourself more time to acclimate. You will definitely need to get used to the fact that the Shires T47 slide is significantly more efficient than any 47-62 dual bore. You don't need to blow so much. Work on your soft, legato playing to get a feel for the resistance of the instrument and how you can relax into it. And then try the 2 leadpipe again.

But I'm gear-obsessed too, so I'll give you some more advice. Do try to get your hands on a G8 shank and try it again with that. Greg's mouthpieces are great, but typically do require more work to play than Doug's. That's a very inexpensive experiment.

Don't bother spending any money to try a seamed tuning slide. I don't think you'll find any difference in the resistance that helps you make longer phrases. You might find some of that difference with an X tuning slide.

Finally, you might be surprised that a TW47 slide (or a Q slide, actually), will not make it harder to play long phrases, but will get more of the warmth and breadth of sound you want. Again, I'm not sure you should spend money on one, but there are a lot of them out there that you might be able to get your hands on to try.
Gabriel Langfur Rice

I am making a correction to the post: I stated the the horn had a T47 - this is false. Admittedly I wrote this post when I was exhausted, the slide is a TW47 - I will have updated the post to show that.

I will take the advice the majority of you have given and use some of my 'school' money to acquire a G8. This is what got me thinking on that most:

mrdeacon wrote: ↑
Tue Aug 18, 2020 10:18 pm
In my experience his 9 shank plays pretty awful in single bore horns. His 8 shank will very likely be a night and day improvement.

Gabriel, your advice was also greatly appreciated, I will keep you all posted how it goes.
Top

For the most part, 5 bells are in Shires Type 2 (the Bach-like) taper. There are a handful of one piece Type 1 bells (the Conn-like taper). In any event, I don't think the bell is going to affect perceived resistance much (if at all).

My Shires is a similar set-up to yours. It's pretty insensitive to mouthpiece choice. I've used DE D, F, and K cups on it (all with the appropriate 8 shank) successfully. I've also used Bach 3G and 1.5G mouthpieces in it. I think you should try a G8 shank before you do much (if anything) to change the horn proper.
Top

You definitely need a G8 shank on this set up - based on my experience this would centre your sound so much better. I use XT series and have G8/H8 shanks for the corresponding cups.

I use these shanks for LT and XT. Best advice is to chat to Doug however.
Top
Post Reply
12 posts • Page 1 of 1