Any comments and suggestions for the "TromboneChat-dot-com" group on Facebook?

I made it independent of the earlier forum when other Facebook groups started entering discussions. Why not have a place of our own? It was a fan site that never had anything to do with the former site owner.

I recently explored making it a Public group, but Facebook does not allow this conversion over a certain number of users. So I still individually "approve" every single add request. Early on I would dig in a bit, but then I realized about 95% are clearly, obviously trombone players. So now I just blindly approve, and then remove people if they Spam - which is infrequent.

The group currently has 6500 members and I am the sole admin. I should probably add some others. Should it be owners of this site, or non-owners? I'm leaning towards the latter, given the fate of the last site. Given the worldwide scope of the Facebook group, administration is a silent undertaking: no warnings, no mediation, just buh-bye if you are causing problems. This too is infrequent. 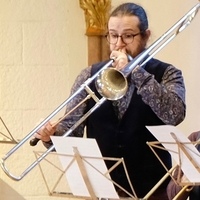 I think it would be helpful for you to have more admins than just yourself, and I'm sure some members would be glad to help out with that.

One suggestion I had would be to have a set of community rules / guidelines. Generally the tone of discussion is very good but occasionally I see agressive and unhelpful comments that are uncalled for, particularly in response to questions from younger players. Also, I know a lot of people are starting to be really exasperated by the very numerous and insistant self-promoting posts by a certain poster. I think an occasional self-promoting post reporting on something interesting and noteworthy is okay, but several posts a week gets really annoying. Most Facebook groups I am part of have rules on that.
Maximilien Brisson
Top 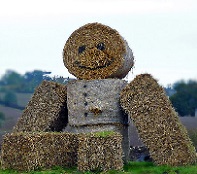 I haven't logged into Facebook in awhile at this point and I'm not entirely sure I want to administer another forum, particularly since I'm sure at this point there's been a separate set of rules developed and the divergence in approach might be difficult to rectify. And while it does make sense for us to have a presence in the event we need to inform the group of an outage I'm not sure if it makes sense to have communities on locked-down platforms as that kind of goes against the reason we exist, which is to be a repository of conversations, unless Facebook offers some method of easily transmitting user content for backup or something which I am unaware. Searching through Facebook posts is painful in my experience; I believe we've fixed most of the issue we had with searching, or at least I've done some back-end stuff to hopefully take care of it and I haven't been able to identify any performance issues with it. We're also indexed by Google, so one should be able to find stuff pretty easily by limiting the search term to this URL through them.
Top

I think you need to proceed with completely separate leadership. Having the same people in charge will lead to the same issues in both places. If people don't like one, they can go to the other. I agree you might want to enlist some help, but pick from different people than those running this place.

You should appoint a second admin. If a group has no admin, i.e. the admin leaves the group, then a group member can take over the role. However, if something happens to the sole admin, eg sudden death, but they are listed as the admin, then it is much more difficult for someone else to take over. FB aren't just going to take someone's word for it. It happened not so long in a FB group that I've a connection with, but not a member of. It's in limbo now.
Top

Thanks all, I initially wasn't too excited about having the deep discussions develop there, for reasons along the lines of Matt's comments above. So I used to occasionally pop in with "This would be a GREAT topic on trombonechat.com!" or similar. But ya know, for most people that's work, and also who cares. Over time, I've seen that the differences in the platforms generally results in different sort of streams with different sorts of posters. FB is a lot more media heavy - check out this clip! - look at my band! - lite hits, with lite commenting. Which is great, imo. Maybe suggest taking the heavier conversations that develop to this site, or even start a topic here to continue them: "A recent discussion on FB got me thinking, ..."

re: Content and tone, I don't think even 10 eager helpers could effectively police the content as it rolls in 24/7 so yes, it is a bit of a free-for-all. Moderating is complicated by the fact that FB pushes whatever it wants to each of us: often I don't even see an obviously inappropriate post in my (non-admin) feed ever due to FB downgrading in response to users reporting. So hopefully users apply the standard FB tools, and what appears to each of us is guided by that. If you are a regular, just know that your feed will see a LOT more of the posts than most of the group.

Another group I recently joined had a user agreement type statement and questionnaire for new users - I should investigate that. Just to set the ground rules right up front.

Yes, I should get a second. And a third, and

One of the other trombone Facebook groups, I’m a member of, allows general members to invite and approve membership requests. I’m not necessarily advocating that approach, but I thought it was worth noting.
Top

Thanks Larry! We actually have that feature set, and I've noticed a few people have joined with other member's approval, but I'm not sure how this is presented in the various Facebook user interfaces. It must not be very prominent. I encourage everyone to approve any reasonable membership request if you find it!

I just updated the description to include a link here, and I've created some basic group rules to point at. The rules should be presented to new members upon joining. I've decided against membership questions, as it would require reviewing the answers.