Although this might not seem like a serious post, it actually is & I'm asking on behalf of several friends. They're having to work with a fellow who has chronic B.O. problem and are wondering how they can approach him about it in a constructive way. Apparently this problem occurs regardless of attire (including street cloth at rehearsals) and I think they just want to avoid any embarrassing situation down the road with clients & venues. Anybody have experience dealing with something like this?
Top 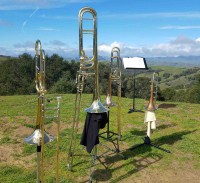 "Hey man, sorry to have to say this, but you reek and it needs to change."
Paul Gilles
Aerospace Engineer & Trombone Player
Top

My coworkers at the hospital talked a lot about one annoying employee who smelled. It was common knowledge but he wasn't on my regular wards and I hadn't worked with him.

Then one night we were assigned together. I saw his name on the roster and thought, uh oh. But then I met him and there was no odor, it was totally false. His clothes were cleaned, he appeared to have showered, no problems.

And then about halfway through the shift it got foul. He gave off a potent BO and I knew exactly what they were complaining about, and yes it was pretty bad. But it wasn't a hygiene issue at all, just some kind of weird body chemistry. We weren't sweating or doing heavy physical work that night, just watching patients, doing bed checks and charting.

So you never know. Sometimes it is careless hygiene, and sometimes some other problem.
Top

Funny but just causes embarrassment and resentment and does not give a solution.

I would take him aside privately, let him know that you've got something to say that would benefit him, and then tell him that he has a B.O. problem that bothers his mates and suggest that he shower and use a deodorant just before rehearsals. If that doesn't help then a doctor might.

I would also make a point to let him know that the solution would not only pertain to his band colleagues but probably is a more widespread problem and that recognising and solving it probably would have more widespread benefits, as well.
Top

Enlist his wife to help you, assuming he's got one.
Top

Funny but just causes embarrassment and resentment and does not give a solution.


The solution is to bring it up- if the problem is bad enough, just tell the person that it needs to change- in no uncertain terms. Not bringing up the problem is already causing resentment, and is not a solution. The embarrassment has already been caused. If the OP doesn't feel comfortable bringing it up directly with the offending member, then it's not a big enough issue to justify concern and should be forgotten (obviously not the case).

No need to bring it up in front of the other band members, but being direct is the best way to deal with interpersonal issues within small groups.
Paul Gilles
Aerospace Engineer & Trombone Player
Top

Man, hard core. There's a difference between embarrassment and resentment on the part of others and the person with the problem. One can be pricise and non-confrontive at the same time.
Top

If the coworkers work up the courage, they could let a long, silent, but deathly zephyr out from deep within their bowels during rehearsal. It would have to be really bad, but I'm sure any wind player could manage it. Then when people are looking around in obvious disgust for the culprit, they would assume that it's the guy who always stinks anyways. In this way, they bring the situation to a breaking point in which someone with more guts (well, it takes "guts" to blow zephyrs but you know what I mean) than the coworkers confronts the smelly dude and does the dirty work for them. Never discount the value of ventriloquism.
Top

What timothy42b said. I wouldn't jump to conclusions as to why your bandmate has an odor. I knew a guy who had a body odor problem. He knew it, we knew it, his doctors knew it, but there was no cure. We learned to live with it. If you absolutely have to talk to the guy in your band, just state the facts politely. Something like "We noted you have an odor about you. Is there something going on?" and go forward based on his answer. That said, back in the 70s I played next to a cigar smoker. This was before smoking was banned in buildings in Ohio. It made my eyes water. I mentioned it politely two or three times, but he kept on lighting up. One day he lit a really acrid stinky cheap cigar. I looked at him and calmly sprayed it with my slide spray bottle until it was good and out. He said "Oh, I guess it really DOES bother you" and never smoked in rehearsal again.
I'm not a complete idiot, some parts are still missing!

It can't be any worse than sitting on the couch near my incredibly flatulent dog. He can clear a room.
Top

Talk with him away from the rehearsal. Ask him what’s going on. He might be aware of it already, or maybe not. If you approach the conversation from the attitude of caring what’s going on with him (rather than annoyance), it might be an easier conversation.
I have known a great many troubles, but most of them have never happened.
—Mark Twain (attributed)
Top 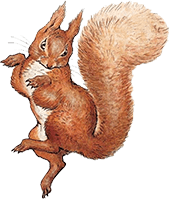 harrisonreed wrote: ↑
Wed Jan 08, 2020 3:15 pm
If the coworkers work up the courage, they could let a long, silent, but deathly zephyr out from deep within their bowels during rehearsal. It would have to be really bad, but I'm sure any wind player could manage it. Then when people are looking around in obvious disgust for the culprit, they would assume that it's the guy who always stinks anyways. In this way, they bring the situation to a breaking point in which someone with more guts (well, it takes "guts" to blow zephyrs but you know what I mean) than the coworkers confronts the smelly dude and does the dirty work for them. Never discount the value of ventriloquism.

I remember a similar situation in the past but it was about perfumes. When you have bandmates abusing of cheap perfumes, and those perfumes start to clash each other, it can be unbearable. The first step done was a general speech from the director about perfumes and hygiene, and how smell can affect wind instruments. In our case, that was enough to fix the issue. I would suggest to start from there, and use that speech as a topic and have a person-to-person conversation.
Top

Thank you all for your insights! Especially yours, timothy42b - just goes to show we shouldn't be quick to make judgement. In response to hyperbolica - I only know the guy in passing but I know he's not married; in fact my aforementioned friends implied that the guy has never had a significant other, so it seems to me if nothing else they'd be doing him a favor? In any case I'm sure they'll figure out their course of action having read this thread. Thanks again
Top

I'm unfortunately one of those who is on the "other side" of this problem: having bouts of body odor that I have a hard time controlling. I don't know why, but it's always been a thing ever since at least I hit puberty. I suspect it has to do with having a lower than average blood PH, which may translate to my sweat also being slightly different from most people. I've also noticed that some people are much more sensitive to it than others, which I suspect leads to a "no one else is saying anything" awkwardness. But, most of the time it's no problem, as far as I know. It's the unpredictability of a bout happening at random times that is most frustrating, combined with people who are especially sensitive not saying anything (or in rare cases being extremely obnoxious and insulting) - I can't know if some approach works or doesn't work for a super-sensitive nose if people don't give me feedback.

A shower/antiperspirant helps but is not a sure fix. I cannot wear any antiperspirant which is scented - that almost always makes things much worse. It also helps to shave my armpits. As far as I can tell, the type of clothing I wear makes no difference, although I haven't managed to get my hands on one of the slick silver undershirts that NASA designed to help astronauts deal with B.O. in spaceships. Despite common ideas about some foods like garlic, I also do not believe that what I eat makes much of a difference except in extreme circumstances, like if I go and eat 8 cloves of garlic at once.
“All musicians are subconsciously mathematicians.”